Why So Many New Executives Fail

Are you setting your new executives up for success or for failure?

Of course, you say, we do everything to support our new executives and ensure their success. After all, their success is the company’s success.

Be honest. How many times have you promoted one of your “rock stars” to a senior position, only to see that person flounder in the new role? Or, maybe you’ve hired someone who had an outstanding track record in another organization—and then that person failed to live up to your expectations.

If it’s happened to you—and it likely has—you’re not alone. In fact, it’s a routine scenario in companies across America.

But why? How could you have misjudged so badly? I interviewed Ron Carucci recently on my Talking Business Now podcast. Carucci is the managing partner of Navalent, a consulting firm that works with senior executives.

You’d think a guy who works with senior leaders every day would know how to spot individuals who are on their way up the ladder of successful leadership. Carucci thought he did too. Until he got a call one day that changed his way of thinking. He’d worked with an up-and-coming executive who’d done great work on a project, so Carucci’s client tapped him to work on another bigger project. A short 10 months later, Carucci got a call from the executive. Instead of telling Carucci about his success, he delivered the sobering news that he’d been fired. The client called a short time later and insinuated that Carucci didn’t prepare the executive well enough and bore some responsibility for the failure.

So, Carucci got to work. He and his partner, Eric Hansen, conducted a 10-year study of 2,700 executives to find out what led some to be successful and others to flounder. They isolated and observed 100 promising leaders who were in mid-ascent and came to some eye-opening conclusions about executive transition.

Their new book “Rising to Power: The Journey of Exceptional Executives“ shares the results of the study. One surprising finding is that 50% of all leaders fail within the first 18 months. And, 61% of those executives said they weren’t prepared for the challenges of their new role; 76% said their organizations weren’t helpful in preparing them to succeed.

Importantly, the data also showed four consistently recurring traits of the leaders who didn’t fail. Tune into the Talking Business Now podcast to learn the characteristics of the executives who thrived. Whether you’re a new executive who wants to improve your odds of becoming an exceptional leader or a seasoned company leader who wants to create a culture that nurtures executive success, you’ll gain key insights.

Kelly Scanlon is a business owner, publisher, radio host, past chair of the National Association of Women Business Owners and lifelong small business and entrepreneur advocate. She currently owns Interrobang Solutions, a company that provides writing, editing and other professional publishing services for companies. For more than 20 years, Kelly owned Thinking Bigger Business Media, Inc., a company that publishes and produces a variety of publications, products and events that connect growth-minded business owners with practical strategies, resources and information that will take them to the next level of success. She sold Thinking Bigger in March 2018. Kelly serves on a variety of local, regional and national boards designed to advocate and assist small businesses. She served as national chair of the National Association of Women Business Owners (NAWBO) in 2010-2011 as part of a 5-year tenure on the national board of directors. Kelly was recognized in August 2011 on a list published by Forbes as one of the “Top 25 Women Tweeting About Entrepreneurship.” Some of the other awards she has won include the 2011 United Nations NGO Positive Peace Award on behalf of Kansas City area small business owners; U.S. Small Business Administration’s 2009 Region VII Women’s Business Advocate (for Kansas, Missouri, Iowa and Nebraska); and numerous others. 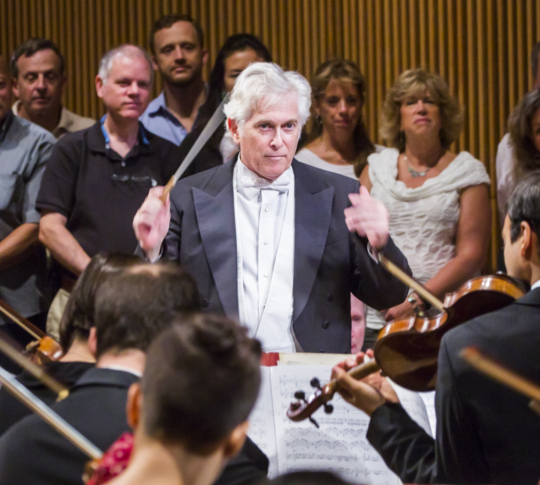 Business Lessons From the Orchestra